BREAKING NEWS - The AMCA's Sandbach motocross club are now holding a PRACTICE EVENT at their prolific home of Warmingham Lane on Sunday 26th June. This is open to everyone but of course, numbers are restricted so booking is strictly, first come, first served.

We have this morning (16th June) received news that due to the recent horrendous weather in Belgium that the club have had to cancel the IMBA due to take place this weekend (19th June).

What truly fantastic results the five crews representing AMCA Team Great Britain produced during round two of the IMBA European Sidecar Championship held at Baguer Pican in France on Sunday.

IMBA Sidecars off to France

This weekend sees the second round of the 2016 IMBA European Sidecar Championship with five crews travelling to Baguer Pican in France.

For many weeks Bonanza fans have been asking me, "is there going to be a Bonanza this year?", writes Dave Gittins. Read More

Following a superb second round of the 2016 AMCA British Motocross Championship, it’s now time for the next chapter this Sunday, 5th June.

With the busy bank holiday set for this coming weekend, may we reminder all AMCA motocross riders that events still close off at the usual time of MONDAY 5pm.

Even though it is bank holiday, all motocross events close of for standard advance entry fees on Monday 31st May at 5pm - this is an autamatic cut off. After this, the events wil re-open after 12midday Tuesday for late entries.

Please be reminded this for those who may omit to enter over the busy period.

From all at the AMCA office, we hope you have a great bank holiday. 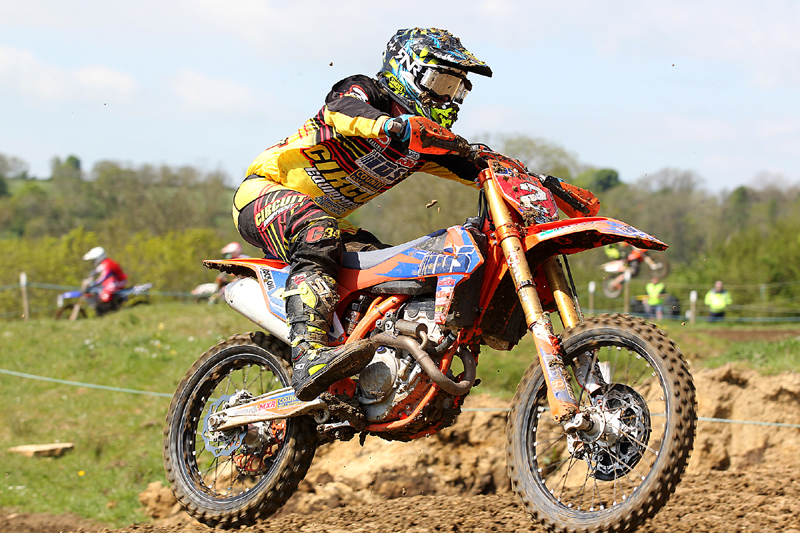 Despite feeling decidely unwell and in soaring heat, Josh Waterman(JD Racing/IDS Transport KTM) dug very deep to produce a truly heroic performance and take a superb 3rd overall during the opening round of the 2016 IMBA MX2 European Championship at Fara Vincentino in Italy on Sunday with a 4/2/2 scorecard. Also in fabulous form in Italy were Zac Stealey(Dulson Training Yamaha) and Jack Gardner(FUS Fro Moto4 Husqvarna) who finished in 5th and 6th places overall respectively.

For another Brit Lewis King(Wulfsport/Rock-Oil Suzuki) who finished as runner-up in the 2015 IMBA MX2 series, Sunday proved to be a day to forget! In moto one a rider fell right infront of him, causing Lewis to also crash. After freeing his bike from the wreckage, he then climbed all the way back to a very strong 7th. Moto two turn one and it was more trouble as an out of control rider ran into him, bending his front brake disc before mechanical problems and a crash halted his last race charge!

The IMBA European MX2 Championship kicks off this weekend as Team AMCA Great Britain travel to the spectacular Italian venue of Fara Vincentino. In recent years this track as proved to be a very happy hunting ground for the Brits so lets hope for more success this weekend!

Leading the AMCA team into action will be Lewis King(Wulfsport/Rock-Oil Suzuki) who finished a fantastic runner-up in the 2015 IMBA series. Lewis will be joined in the 2016 Championship by Josh Waterman(JD Racing/IDS Transport KTM), Zac Stealey(Dulson Training Yamaha), Jack Gardner(FUS Moto4 Fro Husqvarna) and Ryan Pottenger(Wulfsport/Rock-Oil Suzuki). Once again managing the lads on their travels will be Colin Price.

Time for Round Two!!

Following an ultra-tough, frantic opening round of the 2016 AMCA British Motocross Championship powered by Datatag and supported by Dunlop, the title chasers go into action again this weekend, Sunday, May 15th when the Dursley MXC host the second clash of the series at their spectacular hillside circuit of Nympsfield in Gloucestershire.

Leading the way after the opener in Staffordshire are Luke Burton(MX1) and Josh Waterman(MX2), both lads boasting a perfect maximum points haul. Despite that great start though these two outstanding pilots will be well aware that the fight starts from now and the pressure is on as a whole host of top quality contenders attempt to reel them in! In the Mx1 battle with Luke Burton in supreme form, Gary Gibson a fellow Maxxis Championship competitor proved to be the closest challenger despite having to come from last to 8th in moto two. Next best in the early MX1 standings are two very talented young riders in Ryan Crowder(making his MX1 Championship debut) and Curtis Blamey(making his AMCA Championship debut). These two bright stars though will certainly have to work hard to maintain or improve on those positions as chasing them down are a whole host of experienced racers in current AMCA MX1 Champion Luke Dean, John May, Richard Cannings, Jack Cox, James Dodd, Brad Turner, Adam Harris and Luke Meredith. With Dean, Dodd and Turner having their points scoring at round one restricted by falls and Meredith struggling with a sickness bug, these could be just some of the riders on a charge and well worth watching at Nympsfield!

Not to be outdone, MX2 also produced plenty of competitive action during round one. Whilst a very determined Josh Waterman took all three wins, the consistent duo of Lewis King and Adam Wells deservedly joined him on the podium. In the three tough moto’s contested, Jack Gardiner, James Wainwright and Luke Mellows finished as the runners-up but their end results were to be quite contrasting. Whilst the very impressive Wainwright finished in a superb 4th overall and on the same points as Wells, both Gardiner(20th) and Mellows(9th) though have plenty of work to do after falls severely restricted their points haul. Other riders to look out for in this next MX2 outing include Zac Stealey, Lewis Meadows, Luke Blanchard, Jansen Day, Craig Robinson, fast starting Bradley Tranter, Elliot Barrs, Paul Neale and Brandon Benjamin. Indeed Neale and Benjamin could be considered as track experts of the Gloucestershire venue and might well be major contenders in round two!

Also having a vast knowledge of the Nympsfield track are the current leading duo in the 2T class, Ben Saunders and James Lane and it would be a major surprise if these two are not in podium contention again this coming weekend! After taking a great 3rd overall at Lower Drayton, Tony Griffiths will be determined for a repeat performance with  Matthew Bath, 3rd in the 2015 2T series, Elliot Stones, Jamie Dobson, Sam Callow, Ashley Wilson, Matthew Nash and Rian Warren also expected to be right in there and fighting. After suffering a big crash in timed qualification at round one, Jack Waterman should be fighting fit and looking to move up from his current 9th place in the standings.

Despite suffering from a migraine headache, defending AMCA Veterans Champion Simon Lane will probably be quite happy with his 2nd overall at round one. However he will also be well aware that he faces a serious challenge to claim title number three this year! Topping the list at Lower Drayton was former top ACU Championship rider Matt Gordon whilst Yorkshire’s very own Danny Blakeley on his faithful 250cc Yamaha, Martin Atherton, Gary Jones, Sean Smith, Garry J Williams, Darren Bennett, Brian Staples, Terry House and Stephen Marlow can all be considered as very creditable contenders.

So get along to Nympsfield this Sunday, it’s sure to be an absolute cracker! The circuit, postcode GL10 3UJ, will be signposted from junction 13 of the M5 and can be found on Tinkley Lane, an unclassified road which links Nympsfield village to Forest Green, just look out for the wind turbine. Admission charges for the event are £7 Adults with both OAP’s and Children getting in for FREE. If you want to make a weekend of it, camping is also available on-site with a further £5 to be paid.