Get ready for Round 6! 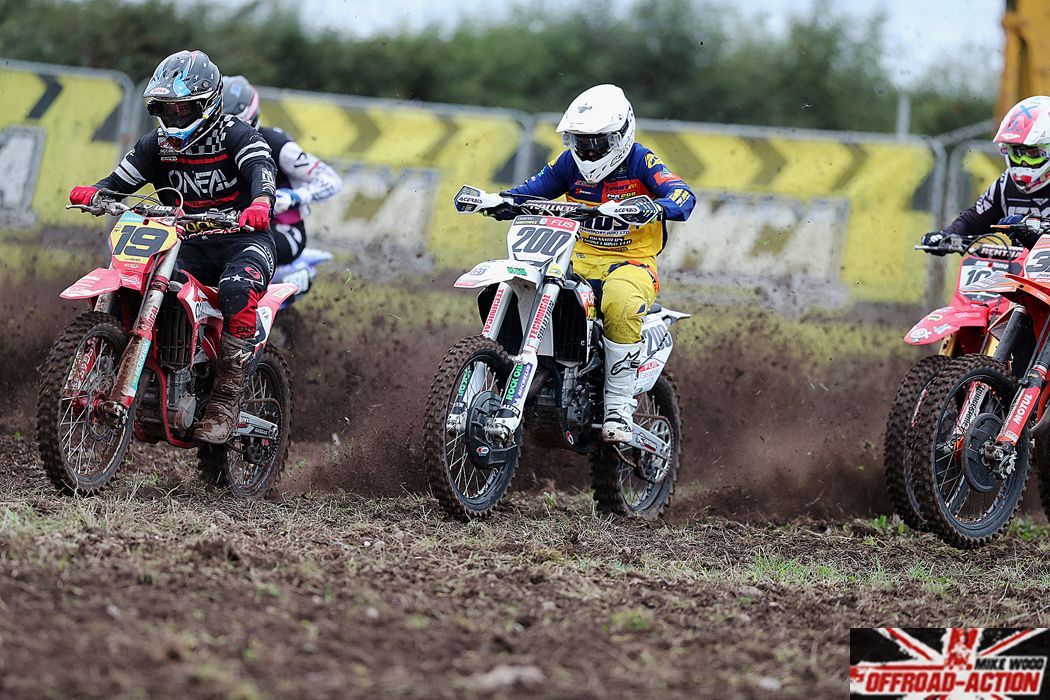 The 2022 AMCA British Motocross Championship sponsored by Dunlop reaches it’s penultimate round this weekend, Saturday 20th August and Sunday 21st August, with two day’s of more frantic action. And what an interesting one it promises to be as after an enforced last minute change of venue, the riders will  travel to Brookthorpe in Gloucestershire instead of tackling the intended  old, former GP circuit at Foxhill, near Swindon in Wiltshire.

In MX1, last time out at Lower Drayton, James Dodd got the better of series leader Josh Waterman during 4 out of the 5 moto’s completed. The winner though of all those races was Luke Burton and that means that it’s certainly getting interesting at the top. Josh is still in control but just 7 points clear of James with Luke getting ever closer and only a further 13 points in arrears. Despite riding the last two rounds with a badly injured hand, Adam Wells now holds 4th with Sion Talbot, Mark Roberts and Ashley Greedy next up. Over in the MX1 standings, Talbot is now well clear in the title race after none of his rivals competed at Lower Drayton.

Despite a big off on day two at Lower Drayton, defending Champion Shane Carless still took 3rd overall behind Henry Williams and Tommy Alba. That result leaves Shane with a 40 point advantage in the MX2 title race with Alba in 2nd and Williams 3rd now just separated by a single point!. Next in the MX2 standings are Rory Jones, Corey Hockey, Jake Preston, Zac Stealey and Harry Linton. With one of his best results of the season, Cory McShane now tops the MX2 Cup table after previous pace-setter Callum Baldwin was a Lower Drayton non-starter. In the MX2 Cup, McShane is currently 17 points better off than Adam Cook with Jordan Meredith 3rd.

Bagging a superb maximum points haul at Lower Drayton, Matt Bayliss has extended his lead at the top of the 125cc class and now stands  68 points clear of Luke Dean. At that last round, Bayliss, Dean and Chris Povey were the podium earners and these three lads are now certainly also beginning to really stamp their authority on 125cc proceedings and the Championship table. Joel Fisher is 4th in the series table ahead of Jordan Wright, Liam Gale, Cameron Jackson, Louis Vincent and Yarin Evans. At present Fisher is also top of the separately scored 125cc Youth class with Evans, Wesley McGavin and Vincent next best.

Incredibly after five rounds, Gary Davies and Shane Holmes are locked together at the top of the Vets Championship on 851 points apiece. Last time out defending Champion Phil Mercer took the overall win and that leaves him only a further 7 points in arrears, this one looks like going right down to the wire! Those ever consistent Lane boy’s, James and Simon come next with Matt Chaplin, Brian Staples and co still chasing hard. The evergreen Mercer also tops the Vets Over 50 class from Staples and Alan Reese.

After missing the last round due to other commitments, Ollie Bubb has lost his Youth 85cc Championship lead and drops down to 5th behind Jack Evans, Sebby Moore, Will Turner and Oakley Kettle. Just 38 points separate the top three of leader Evans, Moore and Turner so it’s certainly still all to play for! Oliver Bebb on 597 points and Harley Piper on 565 tops the SW85cc table and look in control of that one as Lewis Day holds 3rd and a further 129 in arrears.

So the scene is set for what should be a cracker at Brookthorpe, near Gloucester, GL4 0UT. Admission costs are for a single day £10 Adults, OAP’s £5 or you can watch both day’s for £15 Adults, OAP’s £10. On both day’s Children accompanied by a paying Adult will get in for FREE. .