Who's going to be cool at Coleorton for round 6 !! 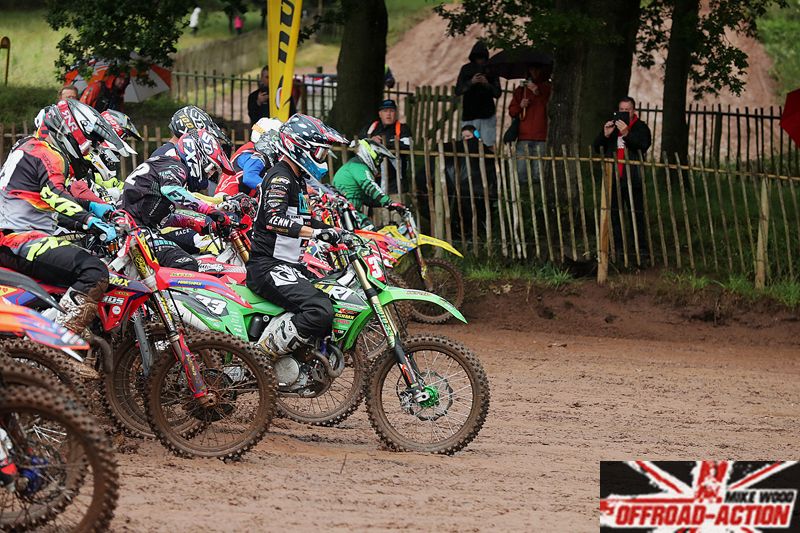 Following the Hawkstone Park wet fest and the resultant need for a major clean-up operation of a rider’s bike, clothing and equipment, the AMCA British Motocross Championship bandwagon hits the road again this coming weekend. On Sunday, July 18th the series powered by Datatag and supported by Dunlop arrives at Coleorton in Leicestershire for round 6. And, this one could be very interesting as the circuit not only makes it’s Championship debut but is also a venue which a vast majority of riders will have never competed on previously!

That could potentially throw up a different set of results come Sunday evening but one rider definitely hoping to figure prominently in the overall standings is MX1 series leader Ashley Greedy. So far the LHRT Kawasaki rider has been superb, bagging 3 out of 5 overall wins. At present the Welsh ace is 29 points clear of James Dodd, another rider who has been supremely consistent in this hot MX1 contest. Moving up into 3rd is the 2018 MX1 Champion Josh Waterman, someone who is certainly still very much in the race for the title. After damaging a front brake disc in moto two at Hawkstone, Luke Burton has dropped down to 4th and has some work to do but he has the advantage of having already raced at Coleorton on more than one occasion previously. Luke Hawkins, Adam Chatfield who missed round 5 due to injury, Jamie Skuse, Zac Stealey, Jimmy Margetson and Will Hughes are next up in the current standings.

On the podium in all five rounds so far and having never finished outside the top three moto positions, MX2 series leader Nev Bradshaw on the FUS Marsh MX Husqvarna is certainly building some serious  momentum! At present his FUS teammate Shane Carless is providing the closest challenge and having recorded four out of five podiums and being just 10 points in arrears, the double AMCA Champion is certainly a serious threat to Nev! Missing out on a Hawkstone podium was Henry Williams but he is just 31 points off top slot in 3rd so it’s still very much all to play for and achievable for him to get back into title contention. Rossi Beard, Rory Jones and Josh Peters come next whilst Lewis Dowdeswell moves up into 7th following his best result of the season so far at Hawkstone.

With 6 moto wins and five out of five podiums, Kieran Banks continues to be the master of AMCA 125cc Championship racing. He now holds a nice 78 point advantage at the head of the standings as Lloyd Morgan moves up into 2nd. On the podium during the last two rounds, Morgan is certainly in fine form at present. Early series leader Bradley Tranter has now dropped to 3rd after missing moto two at Hawkstone  with a dislocated shoulder. The consistent Jordan Wright currently holds 4th in this contest from Joel Fisher, Harrison McCann, Matt Ridgway and Luke Newman who had his best performance of the season so far at Hawkstone with 4th overall.

Despite the very best efforts of his rivals, it was win number five for Veterans star Phil Mercer at Hawkstone. Putting all those years of experience to good use, Phil is 28 points clear of Gary Davies whilst defending Champion James Lane is still 3rd despite frustrating mechanical gremlins stopped him from competing in his opening moto at round 5. Still providing a serious challenge to the current top three in this one are the fast starting Paul Burn, Simon Lane, Sean Smith and Andrew Watkins. At present Watkins also tops the Vets Over50 class with Brian Staples and Gareth Dunsford giving chase.

Although both Oliver Rigby and Charlie Hucklebridge failed to score in moto two at Hawkstone, they still continue to hold the top two places in the Youth 85cc class. However there is one very significant change as Hucklebridge is now sharing that 2nd place in the standings with Jack Davis on 457 points apiece. Young Jack was superb at Hawkstone taking 4th overall behind some ACU stars. With Rigby 47 points clear at the top, Wyatt McGregor currently holds 4th from Oakley Kettle, Harley Prickett and Rheanna Morgan-Rogers. Kettle also leads the SW85cc standings just 3 points clear of Prickett with Harrison Davies 3rd.

So far the AMCA have been very unlucky on their Championship rounds with some very inclement weather making the going tough for everyone! Let’s hope the sun decides to put in a long overdue appearance this Sunday at Coleorton, postcode LE67 8FD.