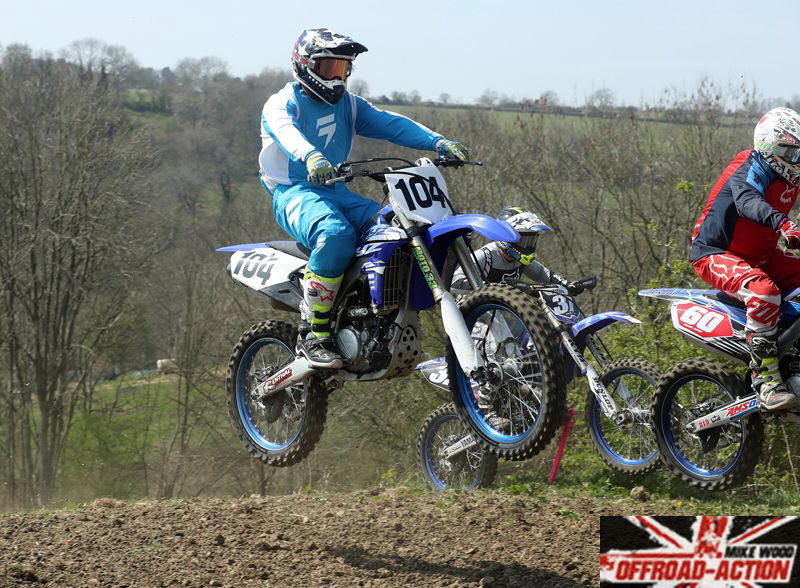 Last Sunday saw round 2 of the AMCA National series as the Market Drayton MXC hosted the event at their Ollerton circuit. Sponsored by Dirtshifter Bike Cleaner, the overall victors following a day of very competitive racing were to be Sam Jones, Jordan Saunders, Joshua Senter, Nigel Woodman, Michael Windsor and James Merrett. Taking their respective top slots in style, Jones, Senter, Windsor and Merrett all went through the card unbeaten.

In Experts MX1, Jones started the day with a victory 5 seconds clear of Thomas Herbert with Richard Lloyd 3rd, Nathan Holtby 4th and round one overall victor Luke Bull in 5th. The same riders who featured in the opening moto top five were at it again during Sunday’s second clash but this time with a variation in order as Lloyd was the runner-up and Herbert 3rd. In the last one with the faultless Jones claiming another win, Joe Field and Samuel Bradley broke into the top six.

After finishing as overall runner-up in round one, former AMCA Championship regular Jordan Saunders took the Experts MX2 moto win from Ben Bird, Dylan Lewis, Josh Herbert, Jacob Gwynne and Jude Hartwell. As Saunders galloped to another win in moto two with Bird chasing hard, Ryan Carey produced a big points scoring ride in 6th. Moto three and Saunders was eventually defeated with the flying Bird taking the victory and Herbert, Carey, Lewis, Samuel Carroll and the experienced Colin Conduit right up there. With round one winner Michael Parsons not competing at Ollerton, it now means that Saunders is the series leader.

With round one Seniors MX1 winner Jay Rumbold down in 7th, Joshua Senter was first past the chequered flag during the opening moto at Ollerton on Sunday. Next best were Lee Mitchell, Nathan Lewis-Reilly, Wayne Tabbott, Jack Tompkins and Ryan Taylor. In moto two whilst Senter enjoyed that winning habit again, Tabbott was to be the runner-up. Completing his maximum, Senter wrapped it up with a nice 11 seconds victory in the last Seniors MX1 contest as Tompkins, Rumbold, Tabbott, Mike Harbage and Lewis Reilly finished the day with some very useful points on the board. In the title race, Senter is now 18 points clear of Rumbold with Tabbott 3rd.

In what is proving to be a very competitive and unpredictable class, Elliot Clegg took the opening Seniors MX2 win on Sunday with young Joshua Main, Cameron Doleman, round one winner Nigel Woodman, Benito Sidoli and Daniel Morris next up. Right on the gas, Woodman then took the moto two victory and with Clegg in 3rd it thus set up a final race decider for the Ollerton overall verdict. Making no mistake, Woodman took that one some 8 seconds clear of Clegg as Doleman, Morris, Main and Lewis Thompson gave chase.

There’s no doubting the leader of the Juniors MX1 series as the superb Michael Windsor bagged another maximum points score. Windsor started at Ollerton with a 5 seconds victory in moto one from David Donnelly. Joshua Williams, Ryan Grimes, Luke Jenkins and Kelvin Anderton. In race two, Grimes finished as runner-up with Thomas Meagher this time breaking into the top six. Moto three and Donnelly was again the flying Windsor’s closest rival with Jenkins, Grimes and Anderton finishing their respective meeting in style.

So far, the MX2 Juniors series leader James Merrett has bagged 5 out of 6 moto wins and certainly looks the man to beat in this one! Merrett started Sunday with a comfortable victory as Bobby Dickinson-Smith, Callum Radford, Chris Conduit, Kieran Payne and Ben Weston were next up. Moto two and all of the above riders featured in the top six to thus give themselves a serious chance of making an appearance on the end of day Ollerton podium. In the final moto it was to be Merrett from Dickinson-Smith, Weston and Radford. That meant that winner Merrett was to be joined on the box by Dickinson-Smith and a rightly delighted Radford. Despite having previously raced mini bikes, Radford is a relative rookie in motocross so this was to be a particularly special result for the young Gloucestershire based rider.

Next up for the AMCA National series is a trip to the famous Hawkstone Park on Sunday, 25th July.