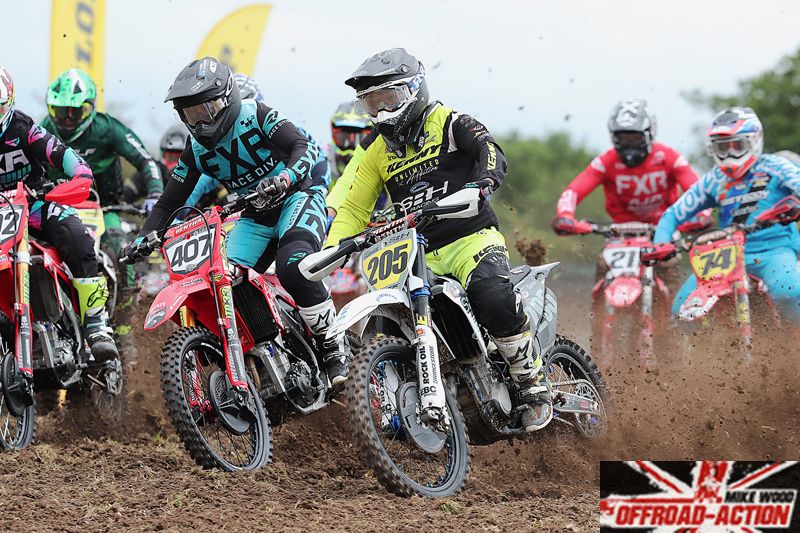 Following the AMCA British Motocross Championship ‘Double Header’ at Warmingham, the title chasers are off to Cheshire again this coming weekend. Round 4 will be staged by the Mid Cheshire MXC at Norley and it’s going to be a cracker!

In this super series powered by Datatag and supported by Dunlop, just 16 points currently separate the MX1 Championship top five. It’s Ashley Greedy leading the charge 11 points clear of defending Champion Luke Burton. Holding the 3rd spot is Josh Waterman who having already won 4 of the 7 moto’s completed so far is certainly a rider bang in form and up for the challenge. Completing that early big five is this ultra-competitive class is Adam Chatfield and James Dodd with Luke Hawkins, Jamie Skuse and Zac Stealey next up, it just emphasises the quality in AMCA MX1 for 2021.

After finishing 3rd in the 2020 series, Henry Williams is certainly a rider on a mission in MX2. In the seven moto’s contested in 2021 he has not finished lower than 4th. Despite facing some high quality opposition in the shape of Shane Carless, Nev Bradshaw, Rossi Beard and Josh Peters, it’s Henry leading the MX2 charge but boy is it close!! Henry’s advantage at the top of the standings is just 2 points with Shane having won 4 moto’s so far waiting to pounce. Just a further 4 points in arrears is Nev so it’s certainly all to play for at Norley! Rossi scoring his maiden overall win at Warmingham is 4th and Josh 5th despite a DNF in the last moto of round three after painfully jarring his ankle. Next up in the early MX2 table its Rory Jones, Lewis Dowdeswell, Cory McShane, Lee Truman and Corey Hockey.

Despite being a new runner in the AMCA for 2021, Kieran Banks has already indicated that he is certainly a major title contender for 125cc honours. Kieran won both rounds at Warmingham and has never finished lower than 3rd in any moto, that’s total consistency! Despite having to borrow a bike for day one in the ‘Double Header’, Jonathan Roderick-Evans still won three moto’s across the weekend to thus hold 2nd in the series, 16 points behind Banks. First round winner Bradley Tranter currently holds 3rd in the Championship ahead of Lloyd Morgan, Jordan Wright, Jack Timms and Joel Fisher, the 2020 AMCA Youth 85cc winner.

Having suffered just one defeat in 7 moto’s, it’s no surprise that Phil Mercer is the early pace-setter in the race for the Vets title honours. Phil’s one reverse came in moto two of round three when Gary Davies got the better of him. Gary has also been very consistent and currently holds 2nd spot ahead of 2020 Champion James Lane, Kev Rogers, the fast starting Paul Burn, Sean Smith, Andrew Watkins and Simon Lane. In the separately scored Vets Over 50 Championship, Rogers has topped the standings in all three rounds so far and therefore leads the chase 13 points clear of Watkins with Brian Staples and Gareth Dunsford next up.

Winning the opening three Warmingham Lane clashes, Charlie Hucklebridge looked like soaring to the top of the Youth 85cc Championship table. However it then went badly wrong for the Wiltshire youngster crashing hard. Although Charlie was able to bravely finish the meeting it is though Oliver Rigby who is now the Youth leader of the pack. Being first past the chequered flag in the final two moto’s of round three, the very consistent Rigby heads the series  a nice 34 points clear of Jack Davis with Hucklebridge 3rd followed by Wyatt McGregor, Benjamin Sullivan, Harley Prickett and the very impressive female racer Rheanna Morgan-Rogers. With there also being a Championship race for SW85cc riders, it’s Prickett who is currently the boss in that one from Oakley Kettle and Caiden Baillie.

The Norley circuit will be signposted off the A49 at Cuddington, postcode WA6 6LJ. Admission prices for this weekend are as follows, £7 Adults, OAP’s £2, Kids Under 14 FREE and if you want to stay overnight it’s £5.