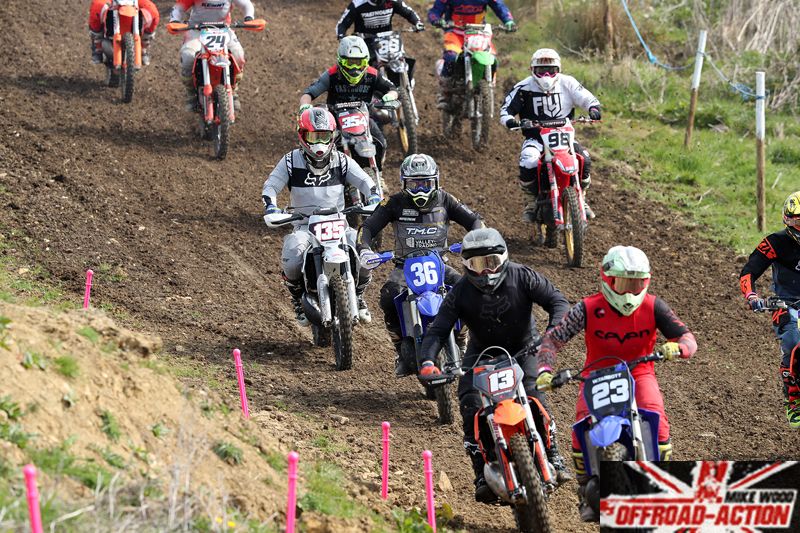 .After being put on hold for a year due to the Covid Pandemic, the new AMCA National series was finally launched last weekend. Sponsored by Dirtshifter Bike Cleaner, the purpose of this series is to give AMCA club riders of all abilities the chance to compete in a major Championship and on some of the circuits which entertains the main AMCA British Championship.

So following the disappointment of having to cancel the proposed opener of 2021 at Brmsberrow due to wet weather, the action finally got underway at a very hot Lower Drayton in Staffordshire. Catering for Experts, Seniors and Juniors, it was Luke Bull, Michael Parsons, Jay Rumbold, Nigel Woodman, Michael Windsor and James Merrett who took the overall wins with both Parsons and Windsor going through the card unbeaten.

Starting with Experts MX1, Samuel Bradley won the opening moto from Bull, Richard Lloyd, Robert Fox and Sam Jones. In what was to prove to be a highly competitive and unpredictable class, Jones then took the second race win before eventual overall winner Luke Bull was first past the chequered flag in the last one.

All three moto’s in Experts MX2 produced an identical top four as Parsons took the win from Jordan Saunders, Ben Bird and Josh Herbert. Also putting some big points scoring rides in during the day in this class were Josh Herbert and Jacob Gwynne.

Seniors MX1 resulted in an opening moto win for Joshua Senter ahead of Jay Rumbold, Jack Tompkins, Wayne Tabbott and Lee Mitchell. In the remaining clashes, Rumbold confirmed his eventual overall success by taking the victories chased home by Tabbott and Senter.

Nigel Woodman started his Seniors MX2 title quest in style with a nice win from Ozzie Murray, Owen Pitts, Joshua Main and Elliot Clegg. Although Cameron Doleman then took the victories in moto’s two and three, the overall went to Woodman. Going 5/2 in those races, Nigel’s eventual overall winning margin was just by a single point.

Michael Windsor started his Juniors MX1 campaign in magnificent style by winning all three of his Lower Drayton moto’s. In moto one, Martyn Clinton, David Donnelly, Andrew Lowe and Luke Jenkins provided the main challenge. In moto’s two and three, Joshua Williams finished as runner-up, a position he was to also eventually earn in the final overall standings.