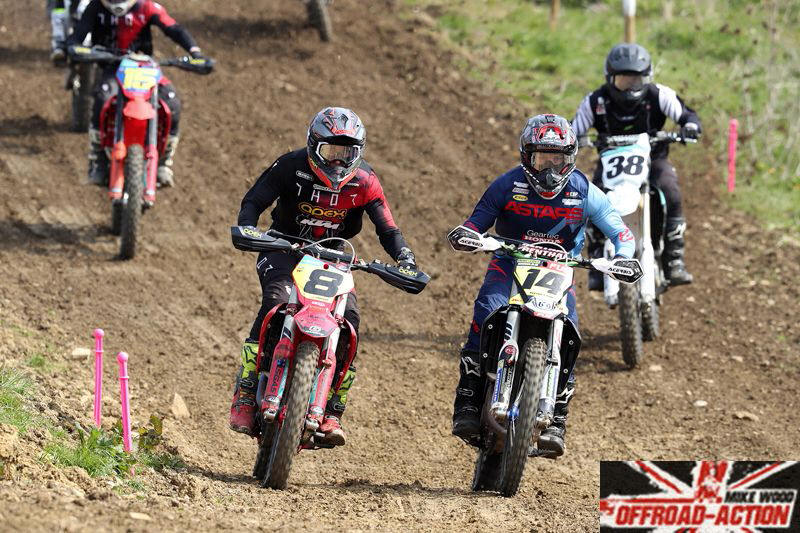 After a break of nearly three years, racing returned to the AMCA owned circuit at Nympsfield on Sunday organised by the Uley MXC. Following endless hours of hard graft, the club were rewarded with a bumper entry attending and some very pleasant Spring sunshine.

">With round 2 of the 2021 AMCA British Championship due to be held at the same venue next month, numerous title chasers riders decided to take the opportunity to get themselves dialled in on Sunday, producing some great action along the way. The Experts entry was split into two Unlimited Groups with the MX2 boy’s bossing Group 1 whilst MX1 aces ruled in Group 2. Taking top honours in Group 1 was Welsh flyer Shane Carless on the FUS Marsh MX Husqvarna. After starting with 7th spot when his progress was halted by a deflating rear tyre, Shane then won the next two moto’s. Taking 2nd in Group One was the very quick Josh Coleman(Wulfsport/Meredith MX Suzuki) whilst Nev Bradshaw on the 2T FUS Marsh MX Husqvarna bagged an hat-trick of 3rd places to also take that position in the overall standings.

As Daniel Miller was top rider in MX1 Juniors, the big story of the day came in the MX2 class. With Jamie Merrett going 1/2/1 for the win, Charlie Hucklebridge on his AMCA adult racing debut scorched to a great runner-up spot.

Completing the Nympsfield action was two groups of Southern Area Vets Over 50 racing. In this new Championship, Mark Dudley topped the 2T class with Richard Vincent best of the 4T class.