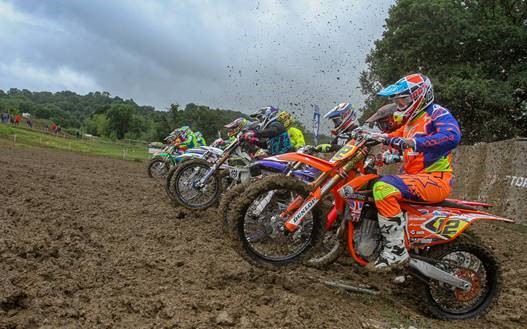 MXVice are exciting to announce their support and continued coverage of the AMCA Championship heading into the 2019 season. We will be providing and creating video content, Rider Interviews, and generating a whole new level of exposure for the British, Youth and Amateur motocross scene.
MXVice Creator James Burfield said “ MX Vice are really pleased to finally be in a position to work with the AMCA and in particular the AMCA Championship that has epitomised everything that is positive about British Motocross over the past few years. I’ve watched many riders move into the championship and finally receive the backing they deserve, that has only happened because of the Championships value. It really is the most professional ‘amateur’ series currently out there. Not only will we be supporting with social media, videos, interviews and marketing support we will be bringing in 24MX to offer prizes to the youth riders.”
Suzanne Potts, General Manager of the AMCA said: ‘Our appointment of MXVice as official media partner for the AMCA Championship is the next step to increase the profile of what is now regarded as the premier domestic amateur MX Championship. We’re really looking forward to seeing the video footage, podcasts and interviews along with the increased social media presence that the AMCA Championship now deserves’.
Steve Harvey, Events Manager said: ‘We have been working with Sophie from MXVice for most of last season but it’s really positive to cement this relationship for 2019 with a big uplift in media activity planned for the ten Championship rounds, this in turn will have a positive impact across the whole of the AMCA’.