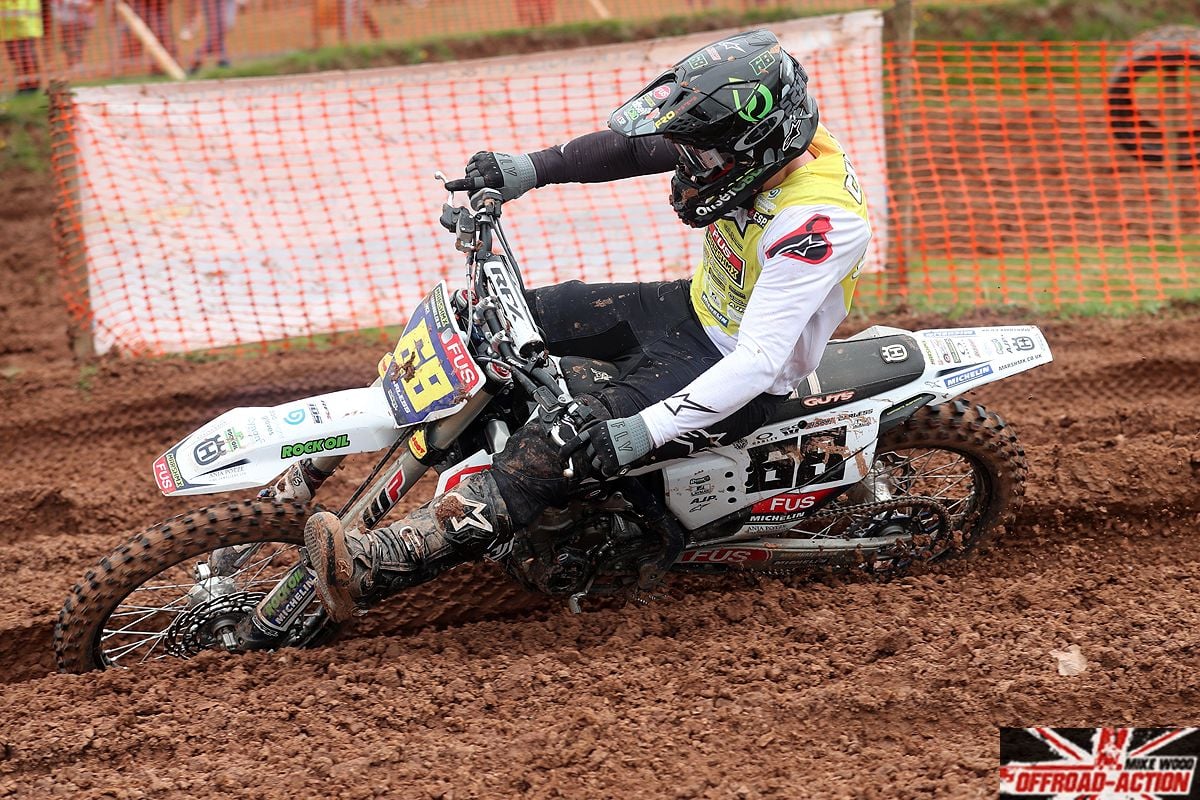 During last season, starman, super Shane Carless, bagged his third consecutive AMCA title by taking the MX2 crown. Previously, Shane had already topped the MX1 standings in 2019 then followed that up with the number one slot in the 125cc class during the 2020 campaign.

On his way to topping the MX2 Championship standings during last season, Shane won 18 moto's and topped the podium at 7 rounds. Remarkably though despite that tremendous form, he still had to wait until the final moto of the series before being confirmed as Champion! That was mainly due to the equally outstanding performance levels of his FUS teammate Neville Bradshaw and young Henry Williams.

Making it another glorious year for the Welshman, Shane was also crowned the 2021 MX2 AMCA Superclass Champion.

Favourite Championship round of 2021: I really enjoyed Coleorton as it was a mega track and it was nice to have a new track on the calendar.

Least favourite round of 2021: Warmingham Lane was really bad. On Saturday there was a crazy amount of dust in one moto and after having a rubbish start, I couldn’t fight my way through, it was just too dangerous! I then crashed and tore a muscle in my arm causing a hematoma, we strapped it up for Sunday but my head was down.

I thought my chances of this championship was over, but somehow I still rode on day two with the crazy lump on my arm! First race I then crashed over the banking in the opening turn and made it even harder for myself so I was glad to get this round out of the way! Most memorable moto of 2021: The last moto of the series. I was aboard my spare bike due to earlier problems. After Neville Bradshaw had checked out, I then saw him stopped on the side of the track after his subframe had broke. I then knew that I would be Champion no matter what happened from there onwards!

Most memorable moto of 2021: The second moto on the last round. Following bike problems in the opener, I had to go out on my spare bike. It was cutting out when I turned the handlebars and I had back brake issues!!

Highlight of 2021: Winning the MX2, Superclass and Fastest laps titles was cool!! Plans for 2022: To have fun and win another championship!

Plans for 2022: To have fun and win another championship! 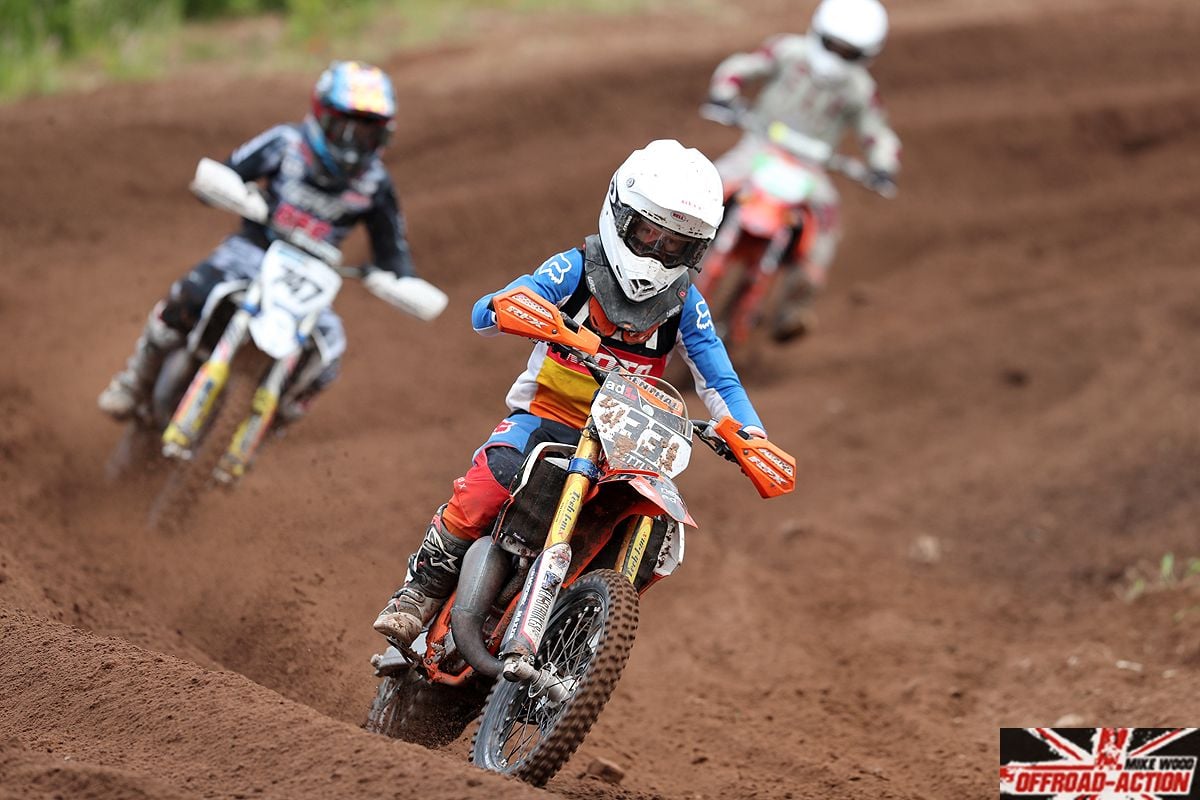 After starting the campaign with overall victory at Boraston in round one, Oakley then became locked into a serious season long battle for glory with Harley Prickett. Round after round the title pendulum swung between Oakley and Harley.

Entering the final 'Double Header' at Lower Drayton, Oakley actually trailed Harley by 3 points. However in super style, Oakley then topped the podium during both day's to thus go on and bag the Championship, finishing 19 points clear of his rival.

In the overall classification for the main Youth 85cc standings, Oakley was 7th overall with his most productive performance coming at Norley when he bagged 106 points.

Favourite Championship round of 2021: The last round at Lower Drayton

Least favourite round of 2021: Warmingham Lane, I was trying too hard and crashing nearly every race!

Most memorable moto of 2021: Last race at Lower Drayton.

Worst moment of 2021: Watching the whole field pass me whilst I was helplessly stuck at Brookthorpe!

Plans for 2022: Hopefully to get a podium on the big wheels 85cc at the AMCA championship. 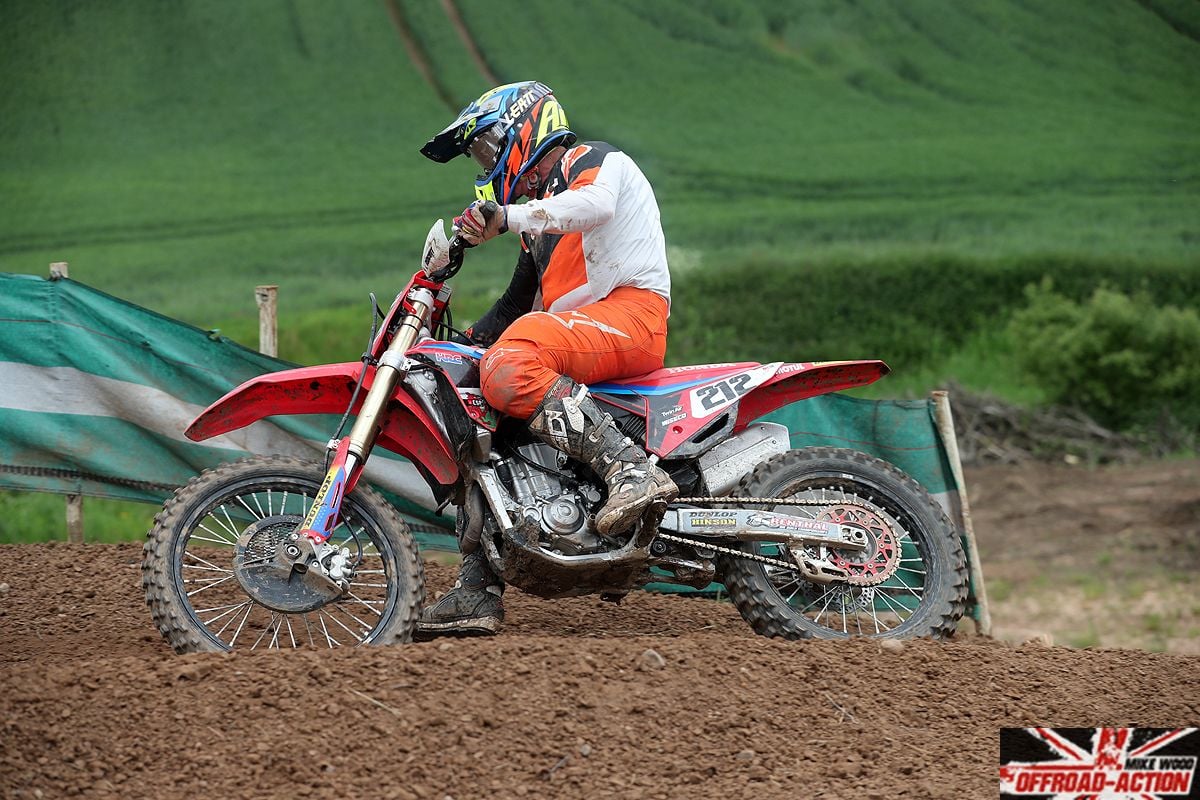 Andy the AMCA 500cc Champion in both 1997 and 1998 added another crown to his haul in 2021 by taking the Vets Over 50's title. In the first three rounds though of the series last year, he had to settle for 2nd overall behind Kevin Rogers. Unfortunately Kev was then forced out of action following a crash which resulted in broken ribs, sepsis and an appendix operation!!

Taking full advantage of his unlucky rivals absence, from here onwards Andy led the AMCA Vets Over 50's race all the way ahead of Brian Staples. Using all of his vast experience, knowledge and ability, Andy also finished 7th overall in the final standings of the main Vets Championship table.

Favourite Championship round of 2021: Coleorton

Least favourite round of 2021: Hawkstone Park

Most memorable moto of 2021: At Lower Drayton when I gated top five and managed to bring it home in 7th.

Worst moment of 2021: Hawkstone Park when I was stuck in a rut for two entire laps, so tiring!! 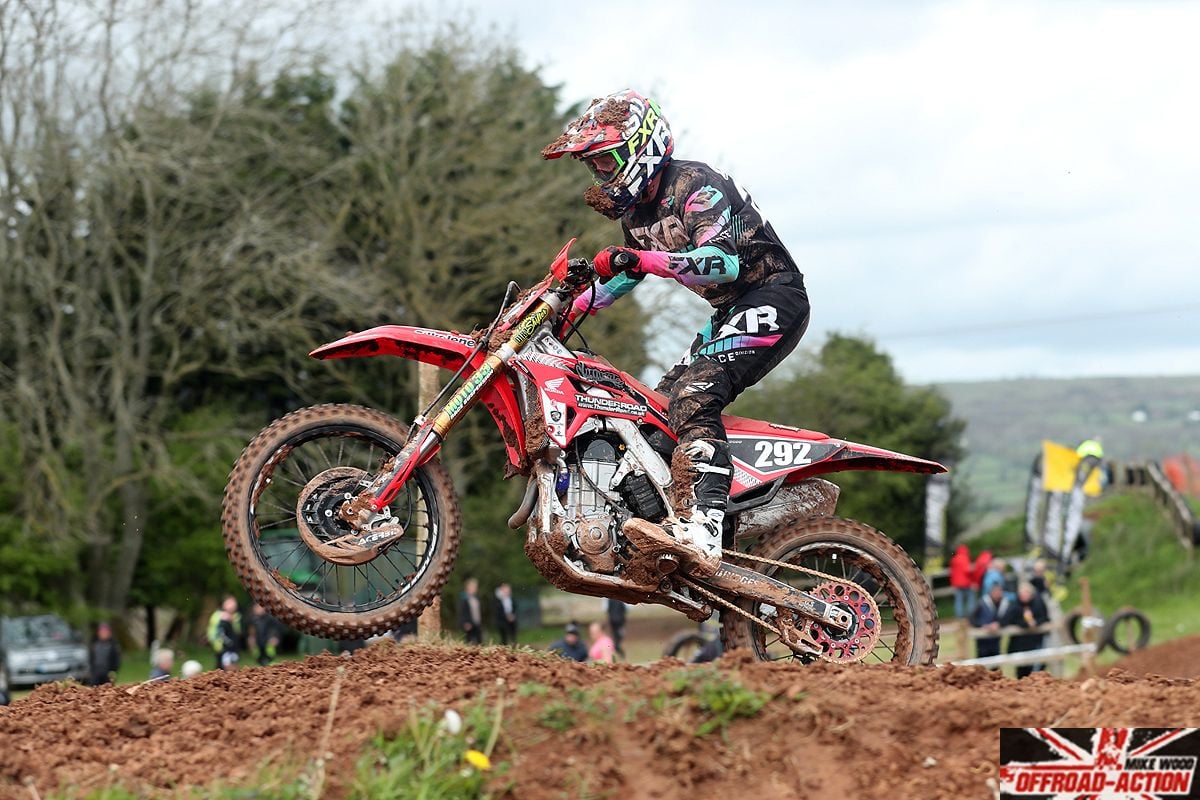 This is a rider who certainly lets his racing do the talking! James has the ability, talent and consistency to just about always be in or around the top five in every moto he contests. No matter the track type or conditions, James uses the experience gained from racing at the top level of British Motocross to get the results he wants.

In 2021 despite a big crash during the final AMCA MX1 round at Lower Drayton he typically picked himself up and just got on with the job in hand. Eventually he was to be 19 points behind eventual winner Ashley Greedy whilst also ensuring the Superclass crown which followed up his success in the same competition back in 2019.

Every rider when chasing a title also needs that little pinch of good fortune along the way to help get them over the line. Will 2022 finally be the year when it happens for this very likeable rider, lets see what develops!

Favourite Championship round of 2021: Colerton

Least favourite round of 2021: Long Lane

Most memorable moto of 2021: Last moto at Colerton, I won the moto after feeling mega sick all weekend.

Worst moment of 2021: First moto at the last round I crashed hard and was pretty banged up!! 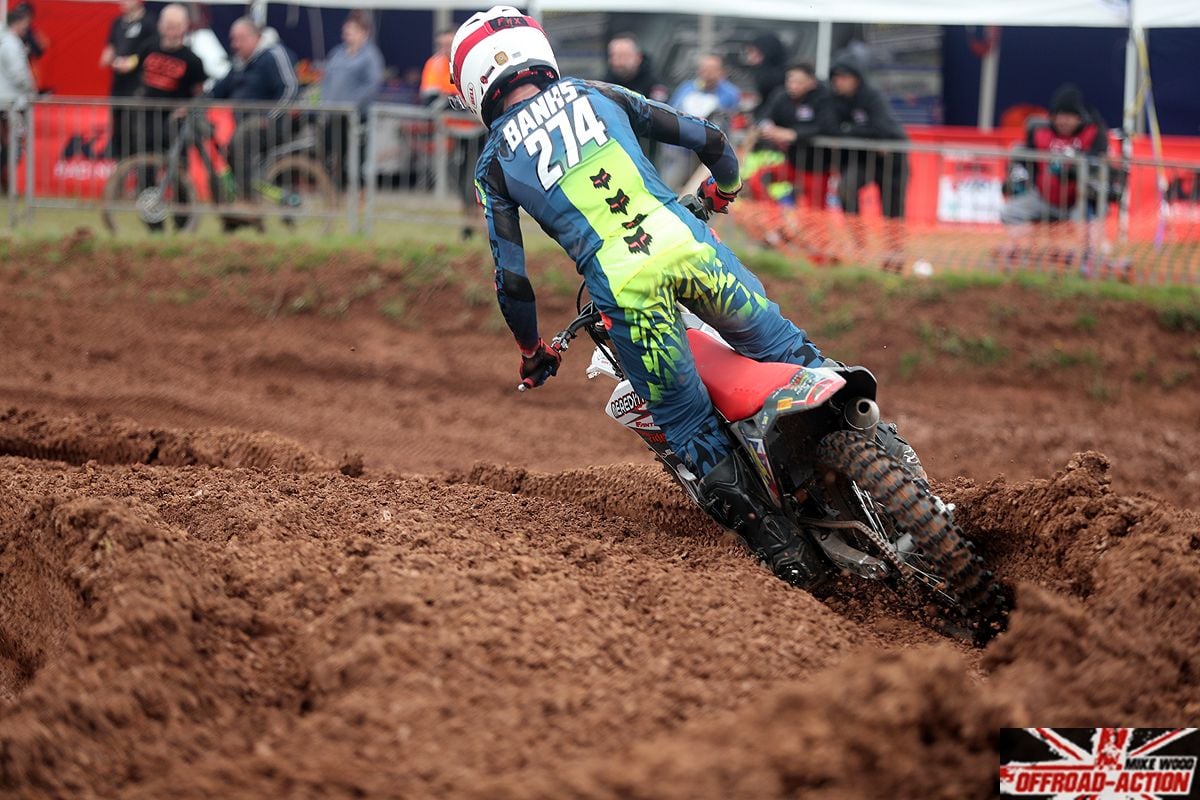 New to the Association, Kieran made an instant impact with his smooth, controlled style which in turn generated some fantastic speed and outstanding performances!

Campaigning a very quick Italian built Fantic supplied by Meredith MX, Kieran not only went onto bag the title but achieved the feat even missing one complete round due to Covid, truly incredible!

Going into round 6 at Coleorton, Kieran had already built a 78 point lead but in his enforced absence that was wiped out dropping him down to 3rd in the standings but only 48 points off top slot.

In the remaining rounds, Kieran kept plugging away, banging in the big results and quality performances, eventually claiming the title in the final moto of the series, many congratulations Kieran.

Favourite Championship round of 2021: Brookthorpe because it’s close to home and I love that track!

Least favourite round of 2021: Warmingham Lane as I had my worst result there!

Most memorable moto of 2021: Last moto at Lower Drayton because I had secured the championship. 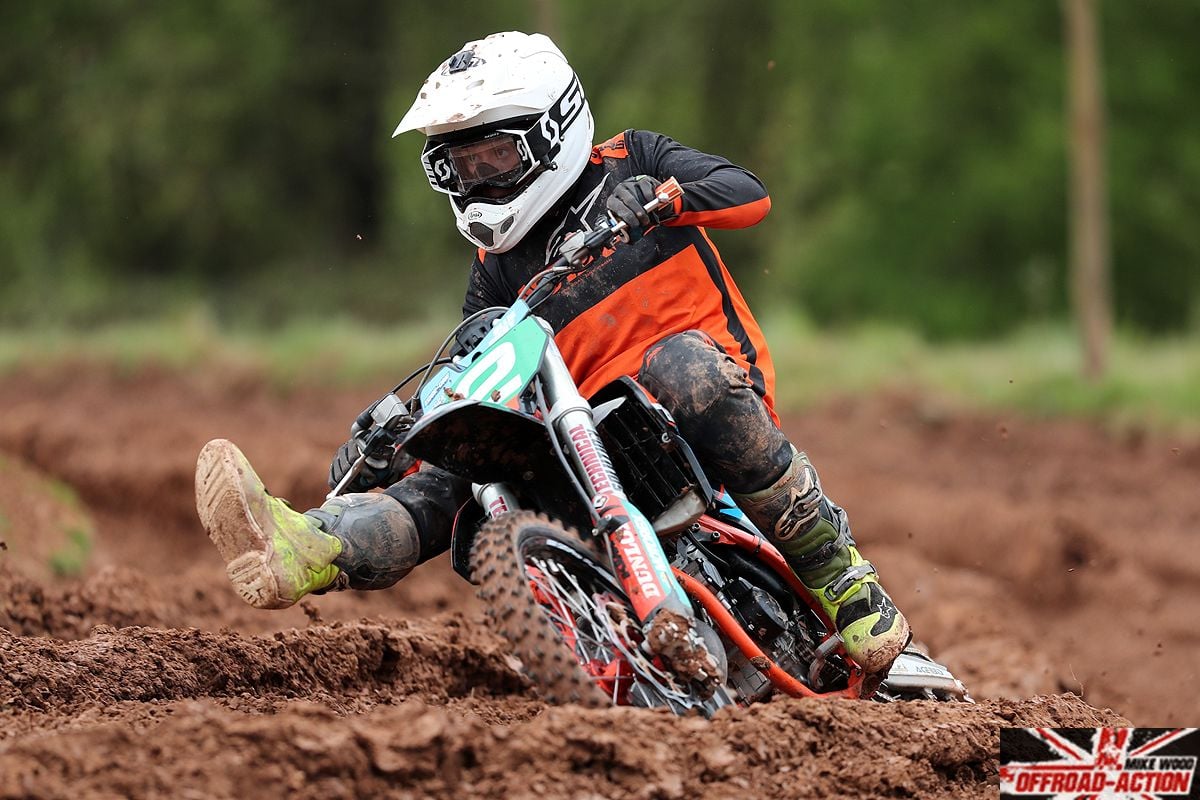 After a tight, season long battle with Charlie Hucklebridge, Ollie eventually broke clear at the final round to win the title by 102 points. It wasn't all plain sailing though for the Edge-One KTM rider after suffering a broken collarbone whilst out practising before the Brookthorpe Double-Header. Showing great determination he not only defended his title lead but also somehow finished day two on the Brookthorpe podium, a truly heroic effort!

Least favourite round of 2021: Boraston

Most memorable moto of 2021: At Lower Drayton in the last race when I won the title

Worst moment of 2021: Breaking my collarbone when holding a 44 point lead in the series